It’s only a game

From a season that has been almost non - existent for many competitors the Group has cause to celebrate some achievements.

In the space of two weeks in August Alan Chorley set two age records, 49 yr old, at 10 mls. A new record time of 19:42 was set on 9 August and was lowered the following weekend to 19:39, both on the L1015 course. Two tremendous times in a season that could well have demotivated many riders.

At the other extreme of time trialling distances, congratulate Joanna Cebrat double winner of Standard awards in VTTA championships.

Her performance in the 100 promoted by Tyneside Vagabonds deserves special mention so in Joanna's own words......

An email wrote originally for Peter Roscoe and Joe but Peter said it’s worth sharing with the group!

I rode the 100m VTTA nationals (Vagabonds Tyneside) on Sunday the 30th August but sadly the race turned into a bit of a nightmare for a number of riders... The later starters including myself were affected by a massive road crash that occurred on my 2nd lap (there were 4 laps). A car drove into a group of cyclists who were on their club run. It looked absolutely awful and the view left me shaken for a few days, but I was glad to hear last week that the injured riders are making a speedy recovery in the hospital. I stopped at the scene but didn't know what to do. The casualties were already looked after by a number of people/drivers that stopped to help. I heard the sirens, so the ambulance was nearby. I was told by a man in a high vis (not sure he was a race marshal) to walk past and just keep going. On my 3rd lap when I arrived at the scene again the road was officially closed.  The policemen told me to jump over a timber gate/fence and run across the field or quit the race.. I looked at them thinking that they were having a laugh. But after a little chat I realised that no, not a joke. Other competitors were doing the same or pulling out and cycling back to the HQs. I decided to give the cx bit a go. I travelled so far I wanted a longer ride for it! I struggled to lift my bike over the timber fence. It was about 1.4m high I reckon (shoulder height for me). It was quite an effort to climb over in the cleats. Luckily one of the policemen spotted my struggle and helped me with lifting the bike. I walked across the field and carried on. I had a nice tempo ride as I thought I wasn't in competition anymore after the two cx diversions. On the last lap I also realised I buckled my front wheel and my brakes were rubbing. It affected my speed considerably and I was concerned about climbing off the saddle so not to make the wheel worse. The race was so abstract – almost like a dream! I only carried on because I travelled far and it was a good training ride on a hilly (for a TT) course that led us through some beautiful and sunny Northumberland countryside.

I finished 3rd lady overall and 1st on the VTTA standard with a terrible time of 4h 57min well below my ability, but it is irrelevant considering the circumstances. It turned out that I was the only VTTA lady who finished the race, all the other ladies pulled out. I don’t blame them. If the friendly policeman didn’t help me with the bike I would have had no chance to carry on. The VTTA issued a race report last week congratulating the male winner only (not the female winner) which I found a bit sexist. It is the only report on the VTTA website that does it though, so I won’t blame the organisation I truly like, just the author. Yes, I was the only female vet finisher, but it was not my fault really. I’d rather win in different circumstances and with a better time, but it is a race and the race is on until it’s stopped. If the VTTA decided to award the championship despite the unusual circumstances it is entirely up to them. If they decided to cancel the race I would fully respect their decision as well.

What I learnt though that you should never quit a race unless you made to do so or you really can’t carry on.

You couldn't make it up!!

And take care out there. 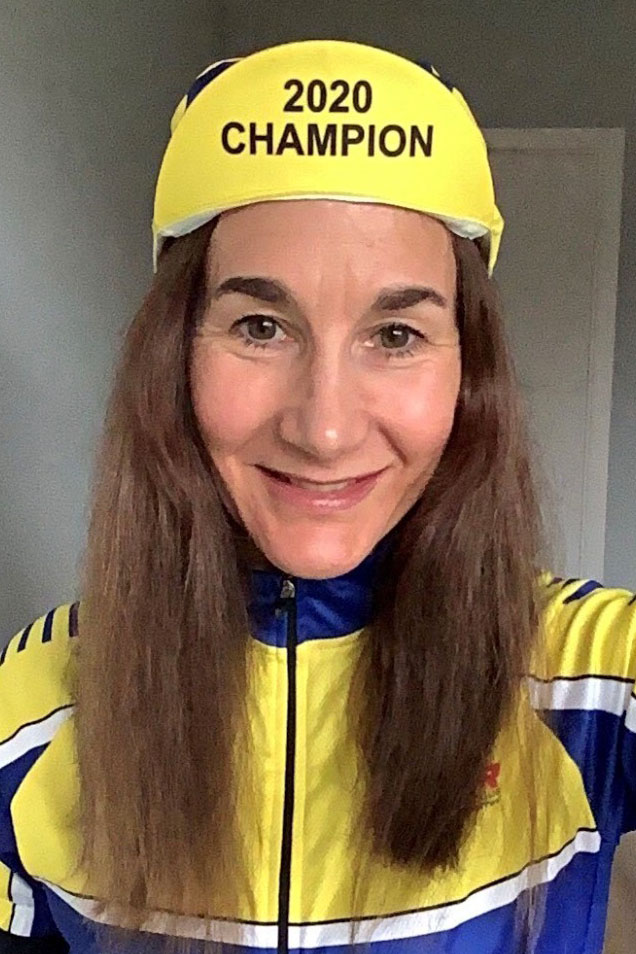