The meeting commenced at 12:00 noon and 11 members were present.

Agreed as a true record by all present.

Welcome everyone and so pleased you are able to join us today for our annual AGM.   The 2020 Midlands VTTA season was short but surprisingly popular.  After months of lock down I saw some great race reports from local club TT events with large fields and of the handful of Opens we enjoyed in late August/September, again the fields were full and spirits high amongst everyone present.

Looking forward now to 2021 I was so pleased to see 34 Midlands open events listed on the CTT website and event organiser still enthusiastic to put on events.  Provisionally we have 21 tens, 2 twenty five’s, 2 fifty’s, 3 hill climbs and 6 nonstandard distance events and these include a number of road bike events and 2 four up TTT events.  Something for everyone, I hope.  I appreciate that some of these early season events may be postponed until later in the season but let’s hope conditions around us become more settled and we are allowed once more, by following the latest H&S guidelines, to enjoy some racing once more.   I am also very pleased to see Echelon Cycles 25 mile event in late July has been chosen this year to be the national VTTA 25 championship and we will get to race alongside the fastest riders in the country.   The Midlands VTTA is also promoting its 2 annual events, the first is a 15 mile event in April and then a 10 miler in early September.

At our next Midlands VTTA committee meeting we will look at the Midlands events list and select which events the district trophies will be awarded on and we will publicise these as soon as they have been agreed.  Please also remember if you have any thoughts or ideas regarding the VTTA please speak to one of the committee and we can discuss it at our next committee meeting and feedback to you, remember we are there to represent you.

Scott and I attended the National VTTA AGM last week and there were a few items I wanted to share with you.

Looking forward, the landscape we live in has now changed and I believe we now need to embrace these changes and try to find new ways to create a safe racing environment we all love so much.  Staying local has never been more important, and I am grateful to all the event organisers and volunteers who have already committed to host events in our region that will allow me to “keep it local”.  I do think we need to be imaginative and inventive this year to try to find ways to generate that pre and post race banter we all enjoyed in the HQ over tea and cake.  Hopefully we can as a group once start sheets are published chat on the Midland VTTA facebook page about course conditions, who we think will be race favourites and most importantly the weather!  Or pick up the phone and chat to riders you know who are racing.  Its never easy changing patterns, trying new things but I do believe the rewards will be worth it.  The landscape has changed, perhaps forever, but let’s rediscover it, learn new ways to enjoy our sport, and do it in

The groups committee continues to function well. During 2020 we met 4 times between February and November with almost perfect attendance by all members. Given the restrictions that we’ve experienced, we managed to take advantage of the on-line platform in order to meet virtually and this has worked very well with all of the committee members quickly adopting to the technology.

We had a record attendance at the VTTA 10 on the Weston course in September. The same event is being run this year. This and other events will form part of the counting events for the various awards that we’ll hopefully be able to give out this time next year. Details of counting events and a ‘guide to the season’ will be published over the next month or so.

You’ve seen that many of the updates & news that we issue are in the form of the regular newsletter and posts on our facebook group. News is also posted on our group page within the national VTTA web-site. This is kept up to date with age records also.

A very strange year financially, where we were not able to undertake our proposed racing programme, have had to cancel prize presentation and lunch and agreed to take Standard fees collected forward into 2021 (for those not having made a claim in 2020)

The one open event that was held in September has saved our balance position overall with a profit of £514.00. Thank you to Scott Westwood for organising with Covid Rules)

The decision was taken by committee early in the year that due to Pandemic Covid 19 restrictions and the expected greatly reduced racing programme the Group would not award a points series for 2020.

Our production of Standard Times was also reduced and sent out as a newsletter, with a reduction in printing costs for 2 issues.

We appreciate the continued donations provided by our members . During the past 12 months have made a donation on behalf of the Group. (£100 to Tim Wood(Lunch speaker/ in recognition of his end to end ride supporting the cancer operation in Singapore for Oscar from Pittmaston School Worcester)

Our financial position is therefore positive, and will assist 2021 to be affordable without any increases. We will not have an engraving bill, lunch expenses , points prizes.

The printing costs for "Standard Times" are a significant element of the Midlands Group's expenditure, so although membership numbers had rallied by the end of last season, the usual revenue stream from membership fees was significantly depleted through the spring and summer of 2020.

To maintain costs within a level commensurate with the uncertainty surrounding the availability of funds, as well as not having much to report anyway of course, we retreated to the prudent financial high ground by producing a simple Newsletter instead.

In the latest edition, our splendidly optimistic Chairman (he was the one claiming the first late start in his career you may recall?), expressed his positive anticipation that in 2021 we would be able to enjoy a safe and action packed season.

Clinging grimly to that thought, or perhaps more accurately, in the unlikely event the racing season does indeed get underway in the near future, and membership numbers do indeed burgeon as a result, I anticipate we would resume production of Ye Ole Standard Times.

Now no Editor's report would be complete without the Editor bemoaning the fact that there seems to be a permanent shortage of willing contributors with stories of derring-do, so please take this to heart and set your mind to drafting something of interest or amusement for inclusion in one of this year's publications.

This year there were 3 awards achieved by two members,   down on last year’s 33 with no plaques unsurprisingly. This was 11 riders less than last year and two more than I expected.

In the fourth year of recording age records we have added 3 new times and four historical records set before 2016 to total 71 records.

I am currently still waiting for certificates and plaques for standards and BAR to arrive.

Given the lack of competitions in 2020 and hence awards not being presented, a report was not applicable.

Vote of thanks to the retiring committee

Accepted by all present

Election of Officers and Committee

The existing committee were willing to stand for re-election. The following is a summary:

A general discussion took place about standards / linking CTT user accounts to VTTA. Norman Fenn asked about how rides carried on different machines (e.g. bicycle and trike) are being considered. It was suggested by Andrew Simpkins that a short-term workaround would be for the rider to have two separate CTT accounts. This, along with some other similar scenarios would be a point for discussion as part of the new national forum. 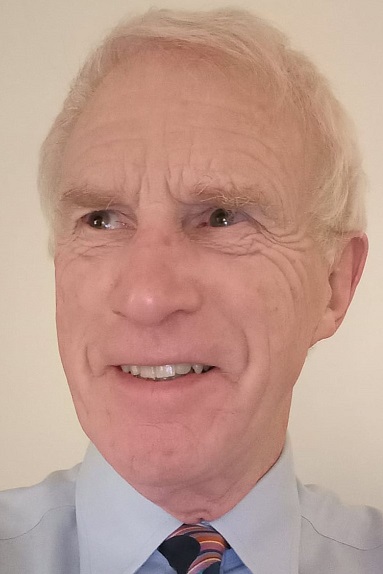