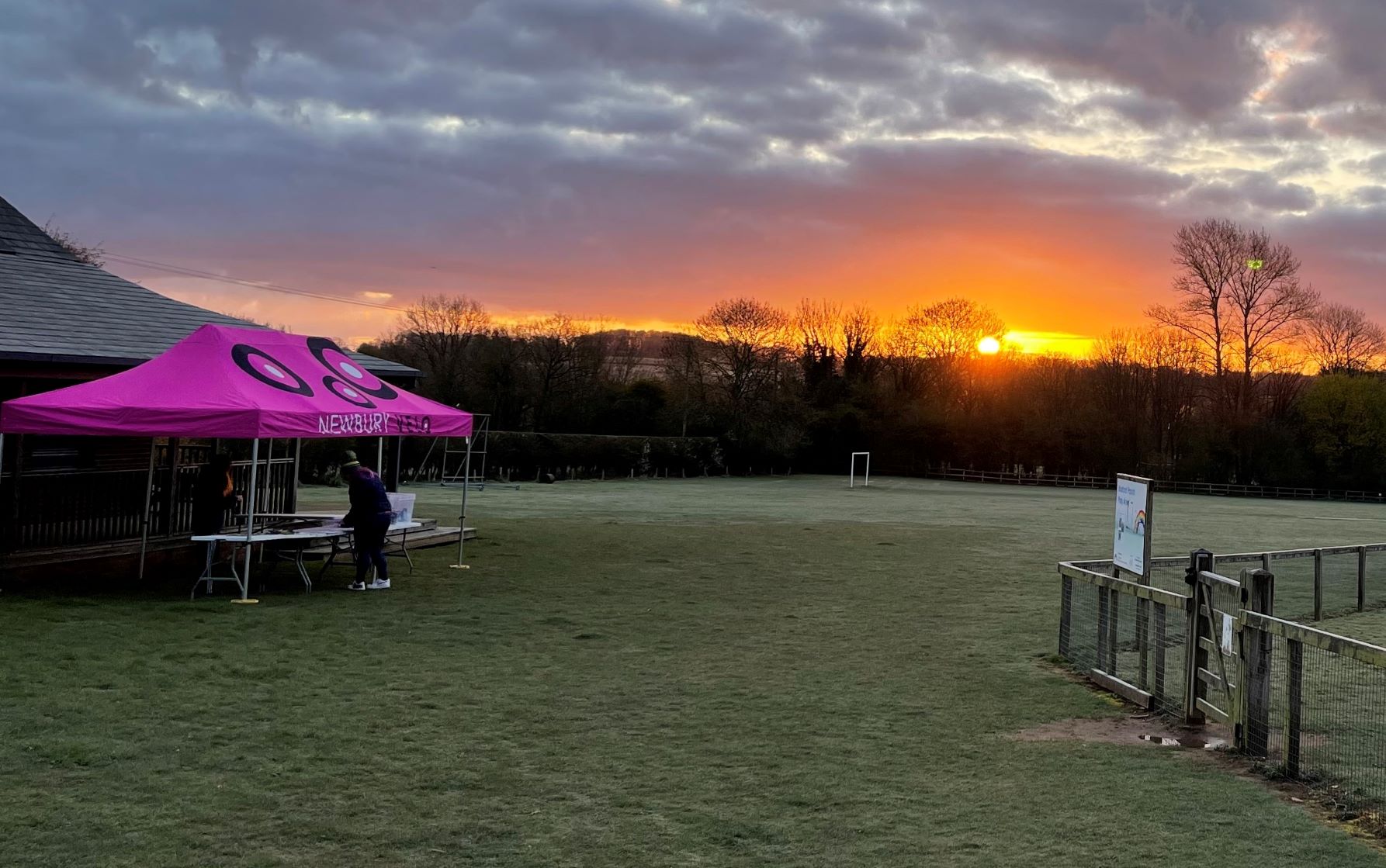 Early signing on at the Championship 15

The VTTA National 15 Mile Championships were held on the brand new H15/3 course to the west of Newbury. The event was promoted by Newbury Velo (on behalf of London & Home Counties VTTA Group) where riders were treated to a live results service and cowbell support on course. Even the locals were behind the event, with the farmer agreeing to move his sheep a day early to allow it to be used for car parking! Although the course has potential for fast times, a stiff arctic breeze from the north made conditions testing, particularly for earlier riders. Nevertheless, the sun quickly came up and did its best to warm things, albeit with limited success.

This year's championship will go down in history as one where female riders dominated: a separate event for women attracted a large field, packed with talent. Their talent was cemented by some impressive performances on veteran standard in the women's event: the four best performances in today's event were all taken by women. Angela Carpenter (...a3crg/Wessex Group) was favourite for the event, and once again was on top form today. After winning gold in both the 10 and 25 mile championships last year, Carpenter can now add the 15 mile to her recent tally with her plus of +11:21 (actual time 33:13) earning her the win over teammate Sarah Matthews by 40 seconds. Sarah's actual time of 35:27 was just six seconds from breaking the national age record over the distance. The bronze medal went to local rider Melanie Sneddon (TORQ Performance/London & Home Counties Group) with her time of 33:57 equalling a plus of +9:39.

Amongst the men's fields, there were some very fast times for the conditions and, with the men starting before the women, they faced temperatures little above freezing. Mark Ellis (Mercedes AMG Petronas CC/East Anglia Group) made the best of the conditions with a plus of +9:20 (actual time: 31:57) winning him the gold medal just six seconds ahead of Neil Mackley (...a3crg/Wessex Group). The bronze medal was won by Gareth Williams (Twickenham CC/London & Home Counties Group with a plus of +9:06 (actual time 32:02).

Special mentions elsewhere in the field of solo bicycles are to Jennifer George (The Independent Pedaler). Jennifer is not yet a veteran so could not qualify for the VTTA Championship, but she rode the fastest female time of the day (32:52) and also the female course record. The other rider is Ronnie Stone (Islington CC/London & Home Counties Group). Ronnie rode the fastest scratch time of the day (31:10) to finish with a plus of +9:01 - just five seconds from the podium. He can, however, take some solace in the fact his time is a new course record. Amongst the five-strong field of tandems, it was once again Ian Greenstreet and Rachael Elliott (Newbury Velo/London & Home Counties) who took the gold medal. The pairing were the only riders of the day to break the 30mph average barrier with a time of 29:48 (+10:53). Nevertheless, the VTTA Championships are about standard time, not watch time, and this meant we saw another excellent performance in the tandem event. With a combined age of 151, Mary Corbett and Norman Harvey (Sotonia CC/Wessex Group) turned a hugely impressive +8:32 on their brand new - and very striking - tandem trike. The team awards once again went to the indomitable ...a3crg and Wessex Group: the trio of Angela Carpenter, Sarah Matthews and Neil Mackley took both the group and team gold medals with a combined plus of +31:07. 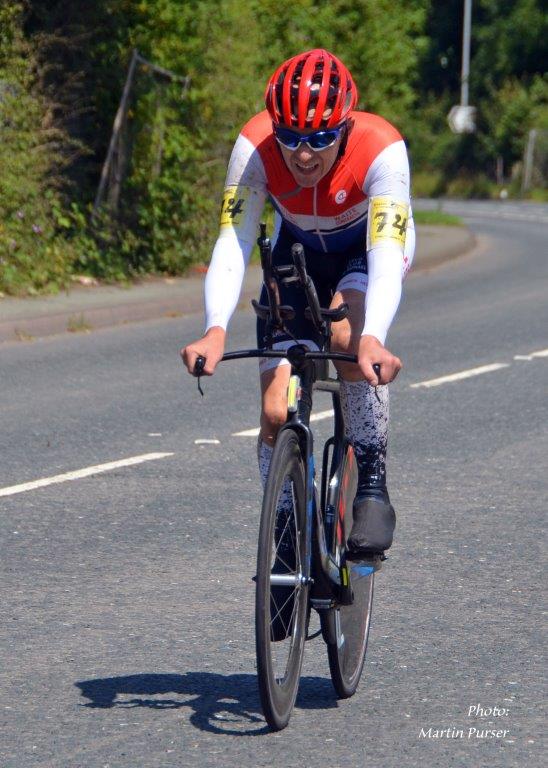 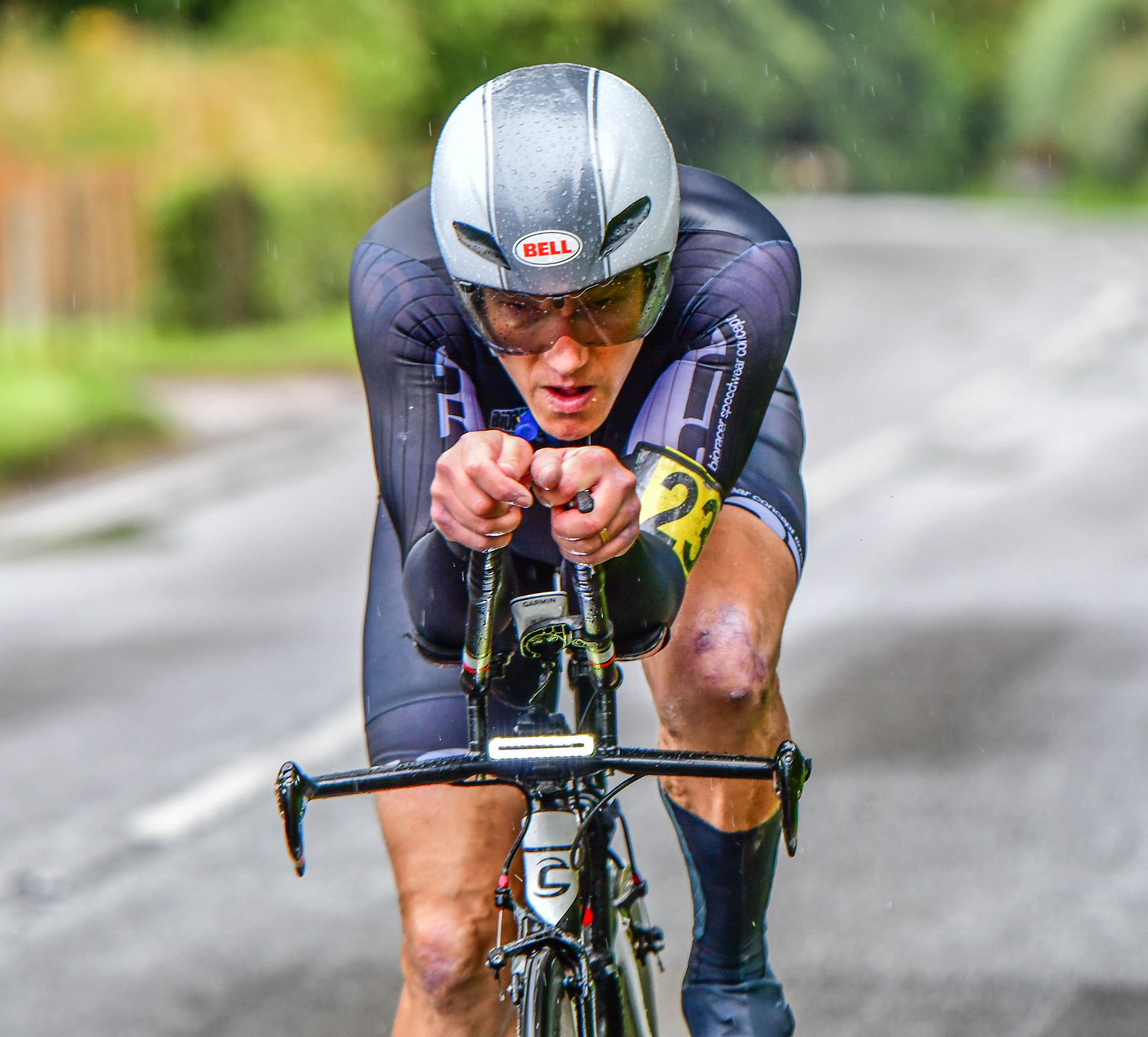