Congratulations to the champions Richard Oakes and Angela Carpenter (pictured above) who repeated their winning rides in the 25 championship two weeks ago. Both rode outstanding times on the day and they produced exactly the same time on Vets' Handicap (and on Standard). The silver medals went to Keith Ainsworth and Deb Hutson-Lumb and the bronze to Ron Hallam and Jo Corbett.

Tandem winners(and sole entrants) were Ian Greenstreet and Rachael Elliott in an actual time of 19:32 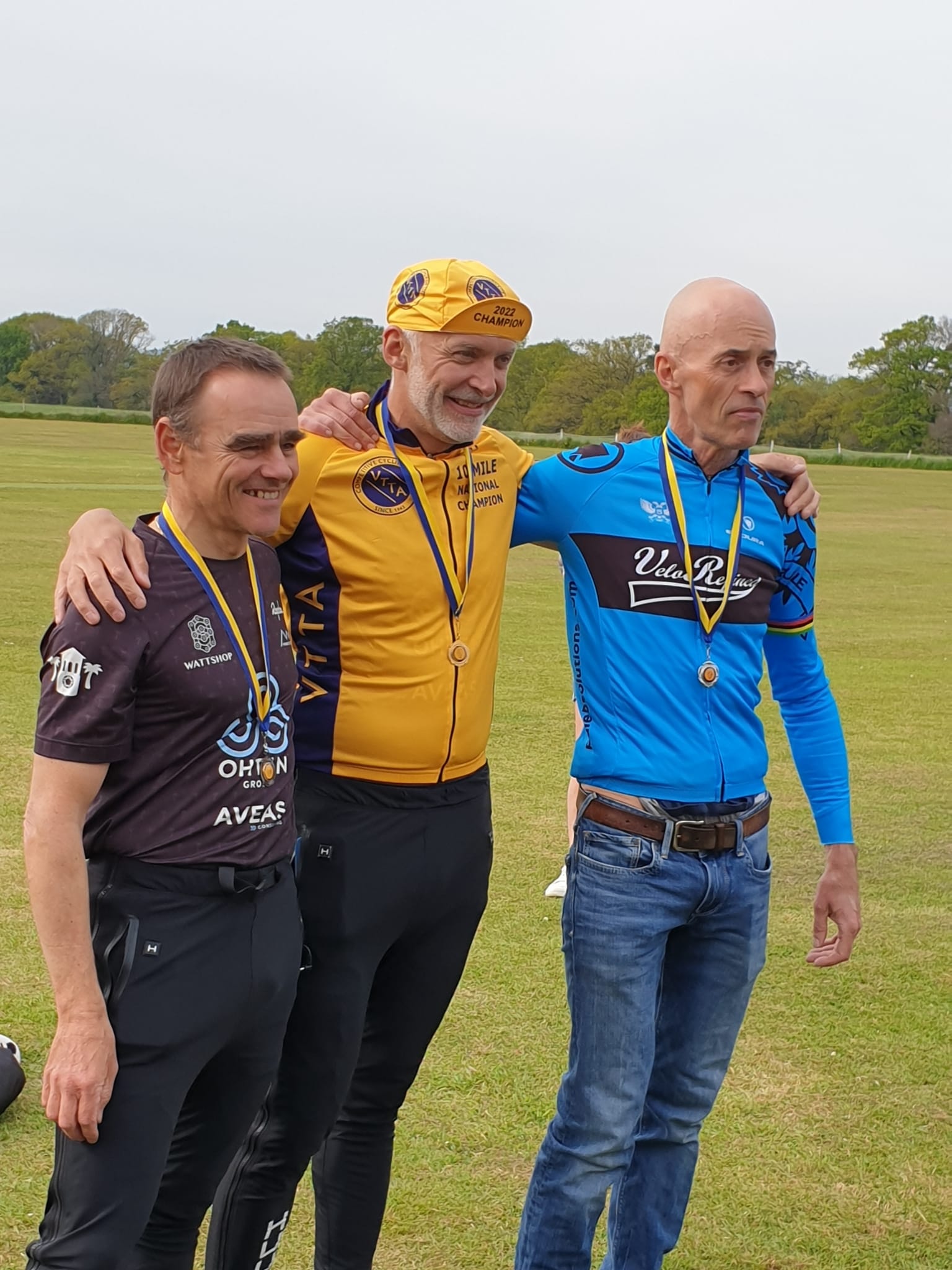